The Bee is back! 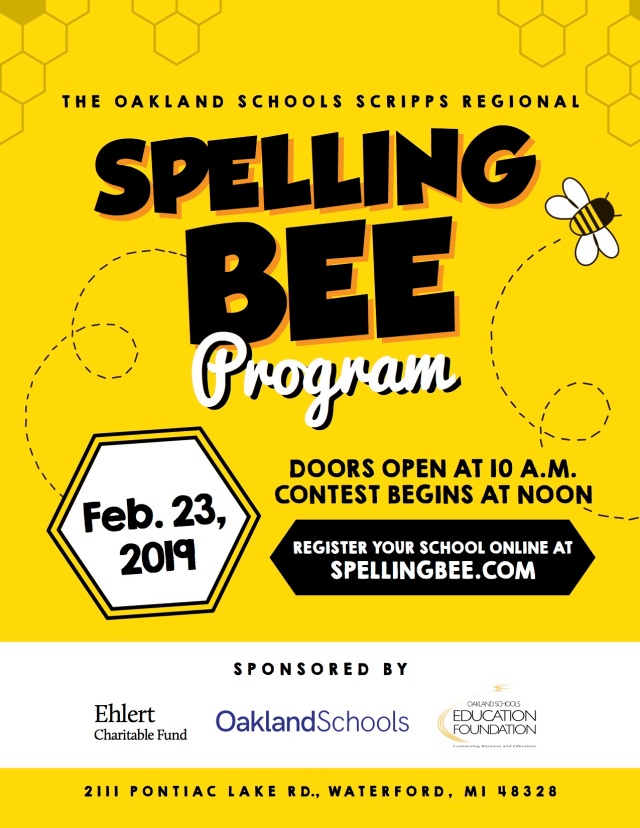 The event is returning after a successful first year. In 2017, executives at The Oakland Press announced they would be unable to continue operating the event, which the company had overseen for 22 years. Oakland Schools opted to take over, providing sponsorship and a place to host the event.

“We are excited to be involved with the Scripps Regional Spelling Bee again this year,” said Oakland Schools’ Superintendent Dr. Wanda Cook-Robinson. “It is an important event that our local students love to participate in.”

Last year, a total of 79 fifth- through eighth-graders from all over Oakland County competed in the Bee. Rahul Reddy, an eighth-grader at Notre Dame Preparatory School and Marist Academy in Pontiac, was the winner. After nine rounds, Reddy correctly spelled notabilia, which, according to Merriam-Webster Dictionary, means “things worthy of note.” Annabella Evangelist, a seventh-grader at Our Lady of Sorrows School in Farmington, was the runner up.

The winner received many prizes, including a trophy and an automatic invite to the Scripps National Spelling Bee.

Sarah Davis is the communications specialist for Oakland Schools.